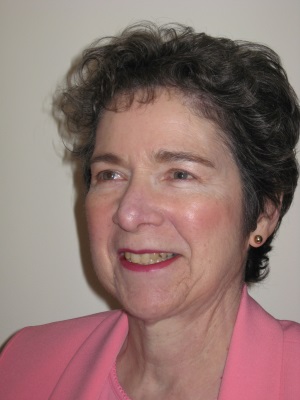 Dr. Marsha Drapkin Hopwood completed her undergraduate degree at Stanford University in mathematics, but really wanted to work with computers. Because of the research interests of some of the founding faculty in the UCI School of Social Sciences, she came to UCI. When the Information and Computer Science program was established, she moved to that program, and was the first graduate student when the ICS Department was formally established. In addition to pursuing her academic interests, Marsha enjoyed several seasons of co-ed slow pitch softball. She completed her Ph.D. in 1974.

Marsha left UCI for the RAND Corporation in Santa Monica, California, primarily working in the Health Program on a variety of projects, under contract to the National Institutes of Health (NIH), relating to clinical research and clinical trials. While most of the projects were the cross-discipline analytical studies that are typically done at RAND, one unusual project developed and evaluated a prototype computer system to support small scale clinical research. After the RAND team successfully tested in three Clinical Research Centers (CRCs), NIH put this system out to bid for production of a commercial version for all the CRCs it funds. As was common among people who had worked at RAND, Marsha and a few colleagues exercised their entrepreneurial muscles and started their own computing business. It had a brief, but profitable, life.

Before coming to UCI, Marsha became a student member of the Association for Computing Machinery (ACM), and later was President of the UCI Student Chapter. While at RAND, Marsha became more involved with ACM and served as Southern California Regional Representative and Chairman of the Publications Board. Her involvement in ACM exposed her to many of the pioneers and the seminal ideas in computing.

Marsha left RAND for TRW (now Northrop Grumman), where she worked on strategic planning and project management, and also served as CIO for one of the divisions at Space Park in Redondo Beach, California. TRW produced leading-edge satellites, space telescopes, and other products for government agencies, but lacked a strong computing infrastructure to support this work. This was a time of rapid change in the computer arena, and Marsha and her team were responsible for introducing personal computers and personal computer standards to Space Park, selecting and implementing a common e-mail system, and developing standards for connectivity among a disparate collections of computing tools. She was integral to the team involved in solving date-related problems with TRW’s vendors prior to, during, and after the year 2000. She also worked on corporate-wide standards and contracts for telephony and long distance services, computing hardware, and software. While at TRW, Marsha took up ballroom, swing, and country western dancing, a hobby she still pursues.

After retiring from a career that provided financial benefits, Marsha completed the Applied Music Program, specializing in percussion, at El Camino Community College, and now plays percussion instruments in the El Camino College Community Band and in a percussion ensemble. She is an active volunteer at the South Coast Botanic Garden, Palos Verdes Peninsula, California, where she leads efforts to maintain the Ida Drapkin Fuchsia Garden (named after her late mother), serves as President of the South Coast Fuchsia Society, and puts on a 2-day plant show and sale every year. At UCI, Marsha serves on the Diversity Committee for ICS and Engineering.