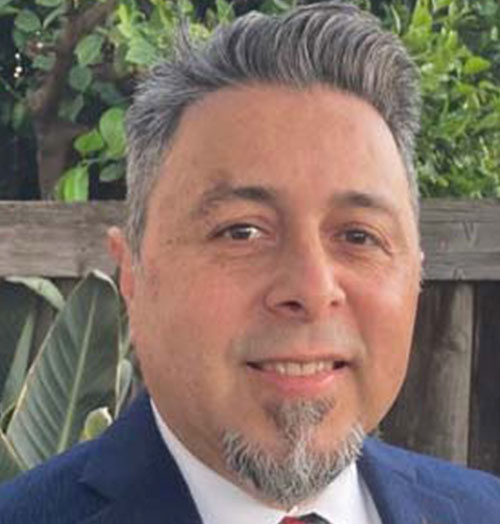 Ed Hernandez is head teacher and director of the T-Tech Academy of Technology & Engineering at Tustin High School in Tustin, CA.

After graduating from UCI with a B.S. in Electrical and Computer Engineering, Mr. Hernandez began his career in the semiconductor industry working in applications and technical support and later as a sales engineer representing companies like Intel and AMD. Despite finding success in a highly completive environment, Ed decided to make a career change and become a teacher. He returned to college at night earning his Masters degree in Education with teaching credentials in both Mathematics and Engineering Technologies. After 13 years, he left the electronics industry and began his new career in education where his start as a teacher would coincide with a rising national emphasis in STEM education.

Soon after starting as a math teacher in Tustin, he was asked to lead the development of a new engineering academy model, meant to introduce students to multiple engineering and computer science disciplines. Four years later he was no longer teaching math, having switched completely to engineering and becoming the academy’s lead instructor.  Over the subsequent 12 years, hundreds of his students have benefitted from a hands-on, immersive technology education previously unavailable at most public schools. His methods are a break from the traditional drab academic models and include relevant technology skills like 3D modeling, material science, electronics, fabrication methods, coding and more. A rarity in high school, many of his students also take part in genuine engineering summer internships, giving them an authentic way to experience the tech industry at places like Boeing, UPS, EON Reality, Edwards Life Sciences, Medtronic and others. Mr. Hernandez has also been instrumental in the development and implementation of interscholastic engineering competitions throughout Orange County like the OC Maker Challenge, UC Irvine’s Energy Invitational vehicle competition, and STEM on the Sidelines in cooperation with UCI and the LA Chargers football team.

Ed is also a winner of the Lemelson-MIT Excite Award and was an InvenTeams grant recipient, a partnership between the Massachusetts Institute of Technology and the Lemelson Foundation. He has since become one of LMIT’s Master Teachers, and visits the MIT campus on a regular basis guiding teachers and students alike in the process of Invention Education. As a nod to his alma mater, you can email him by simply using the word “Anteater” with the traditional MIT email domain.